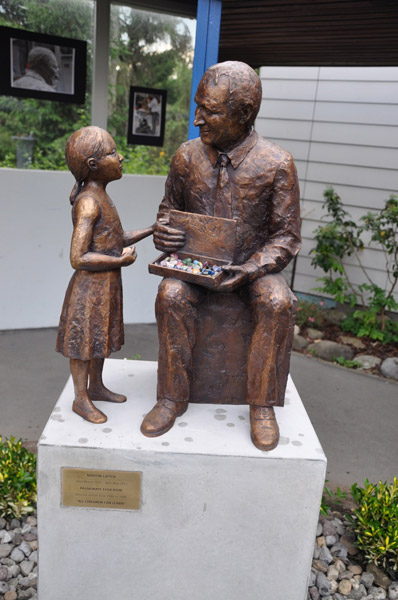 Later, Andrew told of how he felt that he was not alone in believing that there should be a permanent memorial to a man who had been an inspiration for so many. Andrew spent many months designing the statue, which was eventually sculpted by Basel-based, Michéle Elsener, and cast in bronze. The statue shows Martin seated with a box of birthday stones listening to a small girl. The stones are significant, for each child in the school was allowed to choose a stone on their birthday – and by delivering them personally, Martin knew each child’s name.

The statue is strategically located amid a small garden alongside a play area, an appropriate spot for Martin to watch over the children.