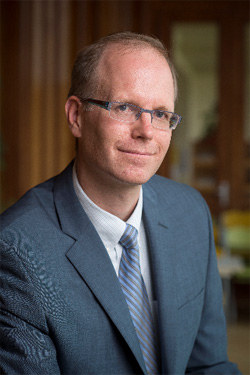 Marc grew up in Switzerland and in the Middle East. After earning a Masters degree in teaching Business, Economics, Accounting and Swiss Law from the University of St. Gallen in Switzerland, he moved to the United States to work for the Leysin American School (LAS) US Admissions Office outside of Boston. He completed his Doctorate in Education (Ed.D.) in Educational Administration from Columbia University in New York City. He returned to Switzerland in 2005 and led the LAS Admissions Department. In August 2009, he became Head of School, Managing Director of LAS. He now leads LAS jointly with his brother, Christoph, who is Head of Operations, Managing Director.

He has written and published on the topic of quality management and accreditation in schools. He teaches in summer at the Endicott College Masters Degree program. Marc serves on several boards: Swiss Federation of Private Schools, Aigle- Leysin-Col des Mosses Tourist Association, and Leysin Political Party (PLR Les Libéraux-Radicaux in French and FDP Die Liberalen in German).

Marc is married with one child. His wife, Stephanie, is one of the Leysin town doctors. He loves to travel, do alpine sports, read and spend time with family and friends.