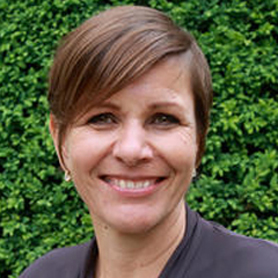 Child centred learning has been Anne's passion for more than 25 years. Anne has worked in schools in the Netherlands, China, Singapore and Switzerland, where she took on various positions such as team leader, PYP coordinator and director. Anne used to work at the Canadian International School (Singapore) where she was part of the team that took the school to IB authorisation Anne has been an IB workshop leader since 2005, sharing her passion for young children and play with educators in international schools.

Anne joined EtonHouse International Pre-School in August 2007, drawn to the school for its vision to establish early childhood education centred on young children's competencies in making meaning and building relationships. At EtonHouse, she first combined teaching with the responsibilities of the PYP coordinator. In June 2008, Anne became the Director of this school.

In August 2011, Anne moved back to Europe and took on the responsibility of Assistant Principal at the International School of Zug and Luzern(ISZL). At ISZL, she supported the development of a new vision for learning and teaching in the early years. This direction places a strong emphasis on relationships, play, learning spaces (both inside and outside) and on making learning visible to others.

Anne moved back to the Netherlands in 2015. This has given her the opportunity to collaborate for two years with the PYP development team at the IB regional office in The Hague. She has been working on the IB PYP review focusing on learner agency, early years, inquiry and several aspects of 'the learning community'. Anne still works for the IB workshop leader and content developer and collaborates with international schools as an independent educational consultant. Since May 2019, Anne works alongside 4 and 5 year olds at an inner city, candidate PYP school in her home town The Hague.